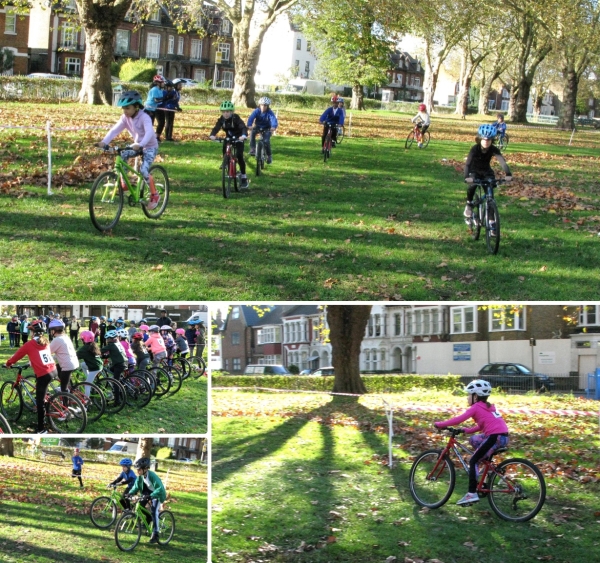 The 2018-19 season got off to a cracking start last Friday with the highest number of schools ever attending a League event.

And if last Friday’s racing is anything to go by, the competition for the League trophy is going to be tougher than ever. Two schools, South Harringay and Chestnuts, showed that the days of the two-horse race between North Harringay and Risley could be over.

North Harringay were still able to dominate the day, however. They won eight of the 16 races, with 16 top three results, and notched up 174 points in the League table.

Second were South Harringay (145 points), who won two races and had 12 finishers in the top three. They nudged ahead of Risley (132), who also had two wins and three second places. Chestnuts in fourth with 127 points had three wins in the 24” races and two second and third places.

North Harringay out in front — but for how long?

They may have come at the bottom of the table, but newcomers Stroud Green had an impressive first day’s racing. The only team to consist entirely of year 4 riders — fielding just two riders in the 26” races — they took a second and third in the Girls 24” and 26” respectively.

The school teams competed in 16 races across four categories, with each rider able to race twice. That we were able to accommodate so many riders and run the event so smoothly was down to the hard work of our coaches, parents and volunteers, and the great support from all the schools.

Round 2 will be in Finsbury Park on 7th December.

Find out more about the Haringey Schools Cycling League. If you’d like your school to take part, see How to Join.